International Woman's Day - How is strike action making real change by impacting the economy and ecommerce?

You might know that March 8th marks an important date on the calendar: International Women’s Day.

It’s a day to highlight not only the strides that have been made for equality, but also the work that’s left to be done to achieve it. In this article we are looking at the real statistics which strike action is highlighting globally and the knock on impacts of this.

Highlighting the impacts of an economy without women

Mass global protests last year brought into particular focus the continuing inequality in pay across almost all nations. For example, in the US, for every 1 dollar a man makes, a woman will make 80 cents (source).

There are of course multiple factors that contribute towards statistics like this - but an estimated 64% of pay inequality couldn't be explained by factors like employment levels difference or maternity leave.

Women work nearly two-thirds of the minimum-wage jobs in the US - median annual earnings for full-time female workers were $39,621 in 2014, compared to $50,383 for men. So if women were not contributing to the economy, median earnings would suddenly rise sharply.

Combined with this is the fact that in the majority of European countries, an estimated 75% of unpaid work is carried out by women (see graph below) (source).

Loss of half the workforce

As well as working the vast majority of minimum wage jobs, women also contribute more than three-quarters of public school teachers, so the education system would collapse without them.

In fact, as a direct impact of last year's protests on March 8th, many school ordered children to stay at home, because they were too understaffed to stay open.

Women account for the majority of workers in many fields, according to Census data, including:

In Europe, roughly 49% of doctors and physicians are female - but women account for the majority in several specialties—including obstetrics/gynecology (85%), as well as psychiatry (57%), family medicine (58%), and pediatrics (75%).

In the US, implementing equal pay would cut the poverty of working women in half. As well as this, an extra 512 billion would be contributed to the US economy, GDP would increase by 5%.

Household work and childcare would also suffer.
Although men are doing more housework and spending more time with their children than they used to, the statistics show that women still do most household duties.

A Pew Social Trends study shows that mothers devote 13.5 hours per week to childcare, compared to 7.3 hours for dads. According to the Bureau of Labor Statistics, women spend on average:

On top of this, 70% of women say they handle most of their household’s grocery shopping. In total, women spend an average of two hours and 15 minutes daily on household chores, compared to one hour and 25 minutes for men—a 50-minute difference.

The impact on e-commerce

More organizers of IWD events are urging participants to avoid the brands trying to cash in on the hype around the event.

They are instead encouraging contribution to charities, created for women, offering aid on domestic abuse, education and period poverty.

So what would the impact be on the e-commerce industry if all women were to avoid shopping for this day? The table below shows a break-down of shopping categories and the gender split between men and women (source: Statista). From this we can see that fashion, clothing and Health and beauty would take the biggest hit. 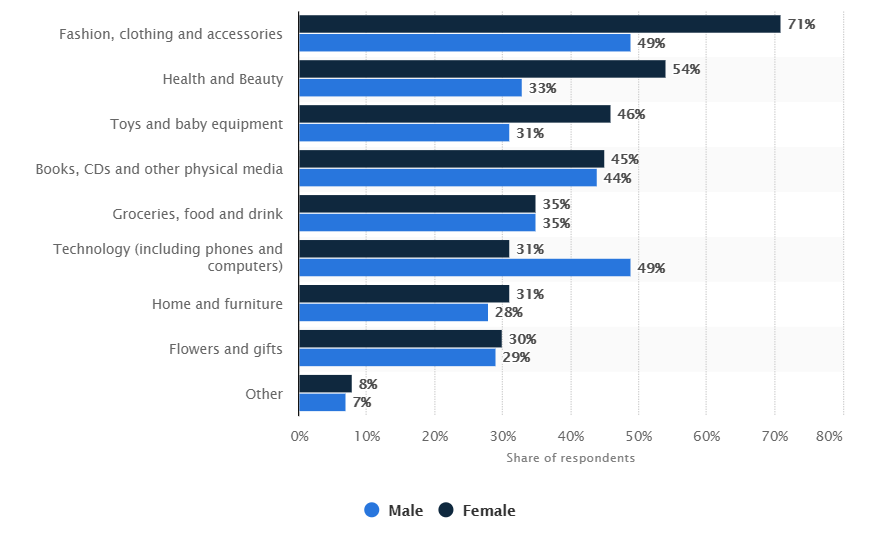 March 8th acts both to show women's solidarity and as a means of empowering women to motivate each other and mobilize. When it comes to marketing, many businesses have begun using it as a way of displaying their values and to show their fans their views.

Some have handled this leveraging of a social issue better than others, for example:

The business behind the "Fearless Girl" statue that faced up to Wall Street's "Charging Bull" on International Women's Day 2017 has been campaigning for companies to appoint more women to their boards. 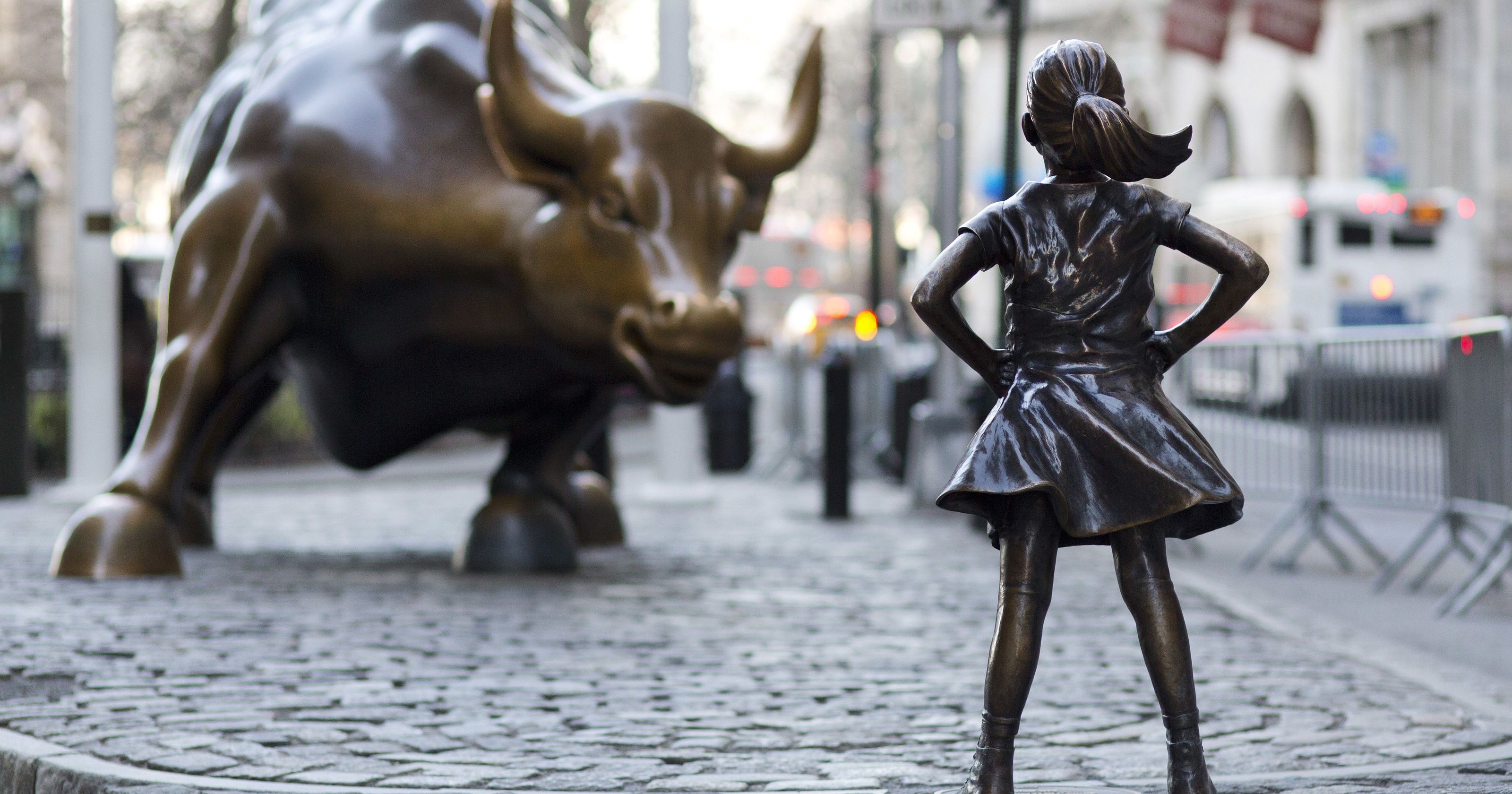 Impact - More than 150 of the 787 businesses State Street Global Advisors lobbied over the past year now have at least one female board member, according to a statement emailed to CNBC.

Other brand leverage around March 8th has included Nike's 'Dream Crazier'  commercial, which highlighted the important role of women in sport throughout the 20th and 21st centuries. The take away message?

The statistics used in this article show that International Women's Day is building momentum year-on-year and leading to positive change worldwide. More major brands are realizing the importance of IWD and seeking to gain good publicity from it.

Online stores can likewise garner positive attention from this event through relevant promotions, providing they take care not to detract from the main message of IWD: Raising awareness to help forge a gender balanced world.

For more insight, studies and analysis of e-commerce trends, you can sign up to our regular newsletter or head over to our blog.