The Rise of Amazon Advertising

It's no secret that Jeff Bezos's Amazon Web Services (AWS), is seeing growth at an amazing rate in recent years and is even more profitable than Amazon’s e-commerce operations (source).

Yet what many are overlooking in Amazon's continual rise is their growth in advertising.

Amazon is now one of the world’s largest online advertising companies, with ad revenues over $2 billion from the second quarter of 2018. This figure includes not only ad places inside its own properties, but a network that covers ads on third-party tools to Amazon customers. 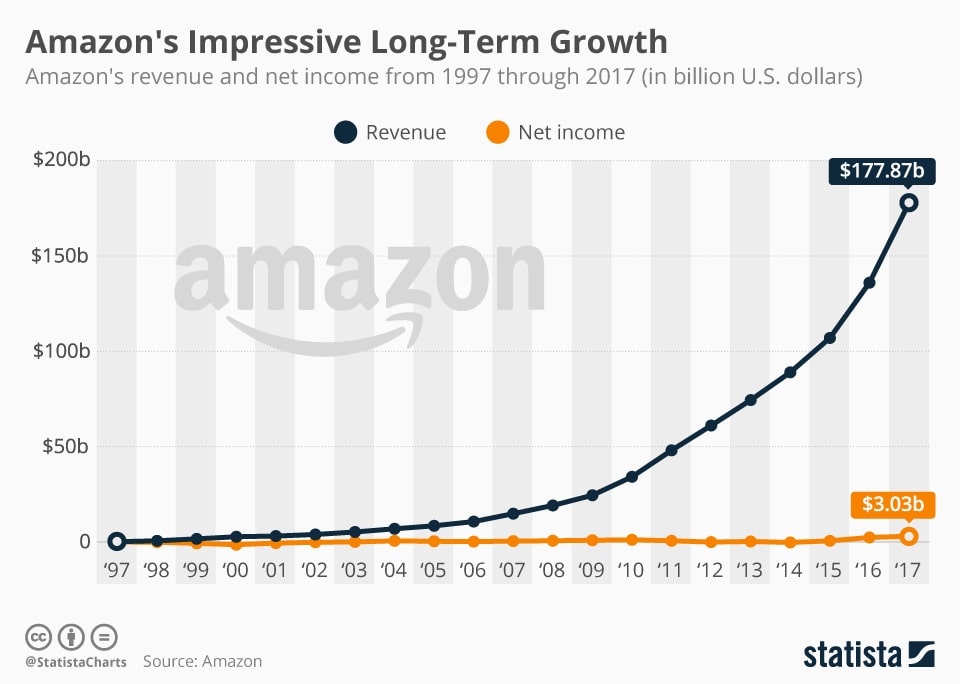 In September, Amazon formed all its advertising properties into a more streamlined organisation under a single brand, Amazon Advertising.

The implications of Amazon's advertising power?

Over 50% of online shoppers in the U.S now begin their product search on Amazon.com.

This means Amazon have an insight into their customer's preferences like no one else has.

What makes them different from Google is that they can not only store your purchasing intention, but your actual purchasing behavior, which often remains out of Google’s reach. So Amazon knows:

- What you bought
- When you bought it
- How many clicks you took to buy it
- What other product categories you bought from alongside your purchase.

That means they can now take that behavior and project it out into the sales pitches that follow you around the Internet.

These Amazon campaigns can search through your purchase history to predict your behaviors—even showing you content you’re more likely to buy during a certain time of day or season - similar in concept to the weather data feature from WakeupData.

For marketers, using ads on Amazon seems like a no-brainer.

Unlike most ad campaigns, which may take weeks to assess, you can judge your Amazon ads as a success or failure within hours of setting it up.

This means you can quickly adjust, refocus, and get a higher return on your ad spend.  Plus,  Amazon is able to create its own massively powerful spending. Prime Day has become a global event loved by shoppers,  similar to Black Friday.

The trouble with Amazon ads?

The trouble with these ads though, is that they are incredibly profitable for amazon. The temptation of this might force them to choose between higher-margin clicks and lower-margin actual sales.

All of this could make it nearly irresistible for Amazon to prioritize clicks over commerce. On the surface, this doesn’t sound like a huge problem right?

On Amazon, we are simply shopping - and unlike other platforms, Amazon doesn't have a bad reputation. But Amazon’s shift toward advertising could be an even more troubling development than Facebook’s efforts to keep consumers on the platform.

The psychological impact on people who are constantly being told to keep shopping should be considered. Anyone who lost hours browsing on Amazon's recommendations will understand the issue I'm talking about here.

This isn't to say that Amazon doesn’t offer useful services. AWS is a strong force in cloud computing, and Amazon are certainly making it easier for sellers to efficiently find buyers for their products.


However, the concern is that clicks become the driving motivation behind a business. This can lead to concerns that too many clicks, too much time spent, and too much money spent on Amazon may be bad for our collective financial, psychological, and physical health. 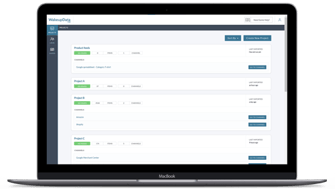